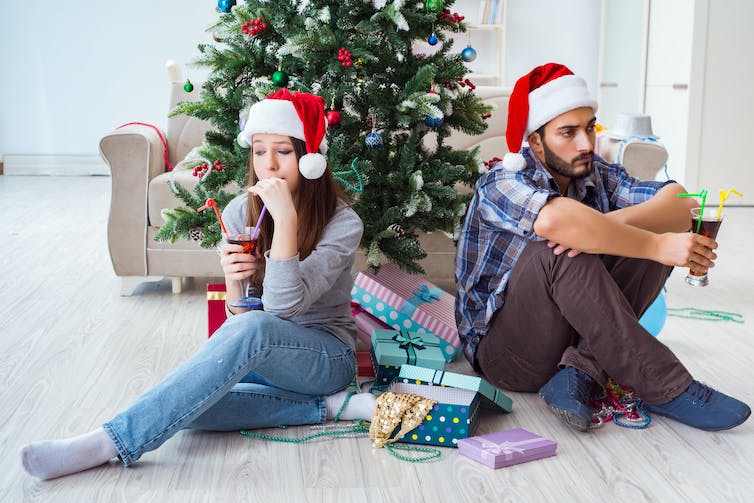 Christmas may be a time of giving, but it’s also a peak time for break-ups. Facing the prospect of spending yet another festive season with their romantic partner, many people start having doubts about their relationship in the run up to Christmas. This is even the case for marriages, with formal divorce applications tending to peak in January.

But knowing whether it is time to break up can be extremely difficult. Should you try harder to make the relationship work, or have you wasted too much energy on it already?

Making a list of pros and cons can be one way to decide. A study from 2018 showed that most people are able to produce a list of reasons to stay with or leave their partner. Based on 447 participants’ open-ended responses to questions about their relationship, the researchers were able to identify 27 reasons people want to stay in their relationship.

Common reasons to stay included the fulfilment of emotional and physical intimacy, family duty and financial benefits of staying together. Reasons to leave included breaches of trust, an unsatisfying sex life, too much conflict, being incompatible, disliking their partner’s personality and finding someone new.

So what is it that tips the scales and motivates some to move on and others to stay?

The investment model is one way researchers have attempted to understand the tipping scales of commitment. According to this model, three factors equally contribute to whether people stay committed. First, relationship satisfaction is a gauge of how much positive relative to negative experiences people have with their partner. When satisfaction is high, people feel that their needs are being met.

The model also takes into account the investments people have made in the relationship, which would be lost. This can include financial investments, such as shared bank accounts and houses, as well as investments in children, friends or in-laws. Finally, there is the quality of alternatives. These can include the potential for new romantic partners, but also friends, family and even hobbies that represent sources of fulfilment outside of the relationship. 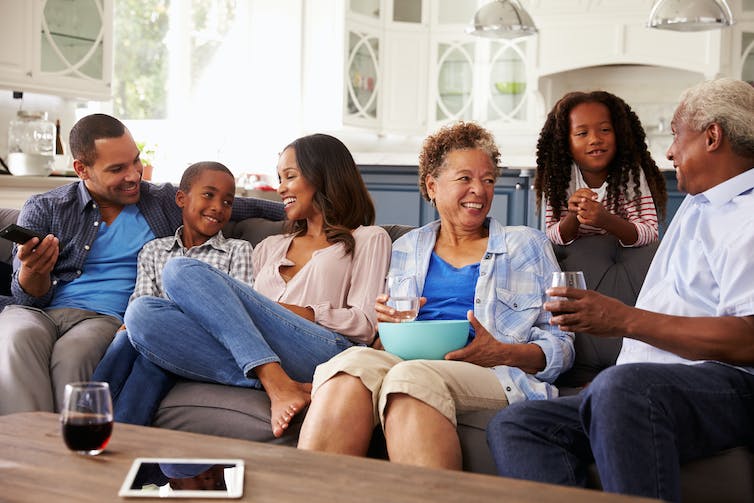 Family relationships can make it harder to break up.
Monkey Business Images/Shutterstock
According to the investment model, satisfaction and investments positively contribute to commitment, while alternatives decrease it. In an ideal configuration, people would feel extremely satisfied in their relationship, have invested a lot in it and feel like the alternatives pale in comparison to what they have.

If people aren’t satisfied, have invested little in the relationship or feel like they can easily be fulfilled outside the relationship, they’re more likely to break up.

In reality, these factors aren’t always easy to determine and can combine in confusing ways. For example, people may over- or under-estimate their ability to meet a new romantic partner or devote time to their hobbies, making them feel like they have less or more of a choice than they actually have.

Take Jordan, who has been with Josh for a few months and can’t remember the last time she has had so much fun with a boyfriend. However, in the past few weeks, Jordan has noticed her colleague Micha flirting with her. Micha is not only attractive but shares a lot of the same interests and values as Jordan. Despite Jordan’s high satisfaction with Josh and months of investing time and effort, she may well decide to dump him and see how things work out with Micha instead.

But even if Jordan lists the pros and cons of her relationship with Josh, she might not be able to know for certain whether Micha is ultimately interested in the kind of relationship she is, making her final decision a gamble.

Staying out of fear

Despite seeing all the potential benefits of starting a new relationship, some people hold on to their current one because of the harm they think they will cause to the person they’re leaving – or the damage it will cause themselves.

Breakups are, after all, associated with spikes in distress and ill health as well as a loss of identity. It can also lead people to miss goal pursuits that ex-partners facilitated.

So it is unsurprising that some people are afraid of being single. This can leave many people settling for less than what they want or deserve in a relationship when they do not have clear alternatives available to them. This is closely linked to a fear of regret, which makes us biased towards sticking with the status quo even if our reasoning or intuition says we shouldn’t.

Single people also are stigmatised by society. Others see them as lonelier and less happy than their romantically attached counterparts. So even when people may not fear being single themselves, cultural and social forces may put them off pulling the plug.

If you find yourself pondering a breakup, try to think objectively about what’s good about your relationship, what you have invested and what alternatives you realistically have. But also consider whether fear is a motivating factor. You can revive a spark in a long-term relationship. But it’s not fair to be with someone simply out of fear of ending up alone.

But what should you do if you find yourself newly single this holiday season? First, find solace in friends and family. Social support is an important part of getting over painful life events, including breakups.

Also, think about everything you have learned from the relationship and how it has made you a better person. And try to see the bright side of single life. Despite a tendency to fear singledom, it is also a time to focus on yourself, your goals and your needs for the future, without having to worry about compromising with a partner.

Whether you are looking to leave or rekindle your existing relationship, starting afresh in either way might seem daunting. But just like the new year ahead, it offers countless opportunities as well.

This article is republished from The Conversation under a Creative Commons license. Read the original article.